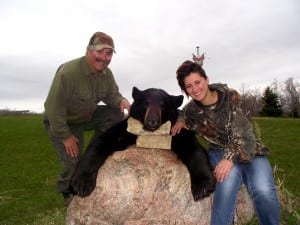 Figure 1 “Photo” Ryan Yaskiw as he prepares to harvest his 2014 Black Bear.

This story begins in mid-winter of 2014. I made plans to film a father/daughter (Jim and April) Black bear hunt on their family farm in May. That hunt was amazing and April took a big black color phase bear on the second day of the hunt. I met with Jim two weekends later to film his hunt. During our time in the stand, Jim mentioned he planned on planting an oat field late in the season for green feed. One thing holding Jim back was the plethora of black bears that would certainly come and eat, thus destroying a large amount of his crop. We got to talking and decided that I’d come up and hunt bears with my 30-06 on that field in early September. This would help keep the bears off of it, and take a bear from the population in the area. I had always wanted to take a fall bear off an oat field, and this would work well with my filming plans. A plan was made over the summer and before I knew it the hunt was on.

I made the two and a half hour drive north from my place to Jim’s family farm on September 4th. There I met up with April and Jim’s wife, Doreen. Jim was busy with his job and was unable to make it home. The first day of the hunt would be the evening of the 5th. I took a quick spin around the edge of the oat field on an ATV and found lots of bear sign, and a good spot to hunt. April and I slipped into a little hideaway along the oat field edge. The position gave us a good view of the field, and would keep the shots under 200 yards. I haven’t hunting with a rifle in five years and was really working on keeping the shot under 100 yards. Not much hunting happened that first evening. April and Jim agreed to video for my show and I was focusing on teaching April how to run the video camera and compose shots. So we were caught a bit off guard, when a small bear suddenly appeared forty yards away. I quickly determined it was a young one, and possibly a sow (female bear) by subtle clues in her body and head shape. I decided to pass on the shot. That encounter on the first evening was a great start and showed the promise in that spot.

Figure 2 “Photo” A black bear at 40 yards the first night of Ryans hunt.

The second evening was slow. It had been cloudy and raining and the wind was swirling. When hunting bears, one thing to remember is that they are more aware of scent then people give them credit for. In the past, I’ve watched bears literally walk a complete circle around my stand and then just disappear. A combination of rainy and cloudy days with east or southeast winds are always the least productive for hunting any big game in my opinion, but especially bears. They simply become aware of the hunters presence quite quickly, and then won’t expose themselves.

The conditions the third evening were much the same, and again I didn’t see a bear. The low pressure cleared out on the fourth evening, and boy did the animals ever move. Problem was it wasn’t the right type. My choice to gun hunt came back and bit me in the butt. At around 1900, a beautiful mature 4×4 whitetail stepped out of the timber and walked across the field. I was grinning from ear to ear with the video I was capturing. That was until he came within my effective archery range. Archery deer season was open, and this deer was giving me an easy 35 yard shot. But I was only able to capture him with the video camera. He finally spied me in my position and ran off. Then I saw three more deer that evening, including a nice mature 5×5 at last light.

That evening at five the weather looked ideal. High pressure had settled in and the stable south winds that ushered in gave me the advantage with my scent. I slipped into my hideaway quite early anticipating a good movement. I was hardly settled and was actually sending a text when I heard branches breaking in the timber in-front of my position. I quickly put my phone down, turned on the video camera, hit record, grabbed my rifle and prepped for a shot. The bear stepped out close, too close. He was only 20 yards away and walking towards me. I quickly did my best to age and sex him, flicked the safety off and started squeezing the trigger once the cross hairs on my Bushnell scope settled on his chest. The shot came as a bit of a surprise to me as it should, and I felt a wave of relief when the bear dropped on the spot. The hunt was over, I had gotten my first ever fall bear!

The emotion I feel when shooting a bear is tough to explain. I feel a level of remorse any time I take game, but the feeling is much stronger when taking a bear. There’s something different in shooting one. It is like I’m taking the life of something more intelligent, an animal that can comprehend and problem solve. Because of this, I make a point to use as much of the bear as possible. I do the usual tanning of the hide and cleaning of the skull, but I also use every part of the meat. Cleaning a bear is a tough job, but one of the secrets to good bear meat is to trim every piece of fat off the flesh. It took me a total of eight hours to process this bear from start to finish. But the product will be well worth it in the end. I’ll be enjoying many meals of bear from this fall harvest.

I’d like to take the time to thank Jim, Doreen, and April Burdney for their hospitality during both the spring and fall bear hunts. I’ve made amazing friends in them because of this common connection of bear hunting, and that includes filling my freezer with tasty wild game, which is exactly what the hunting lifestyle is all about.