A passion for the Hunt 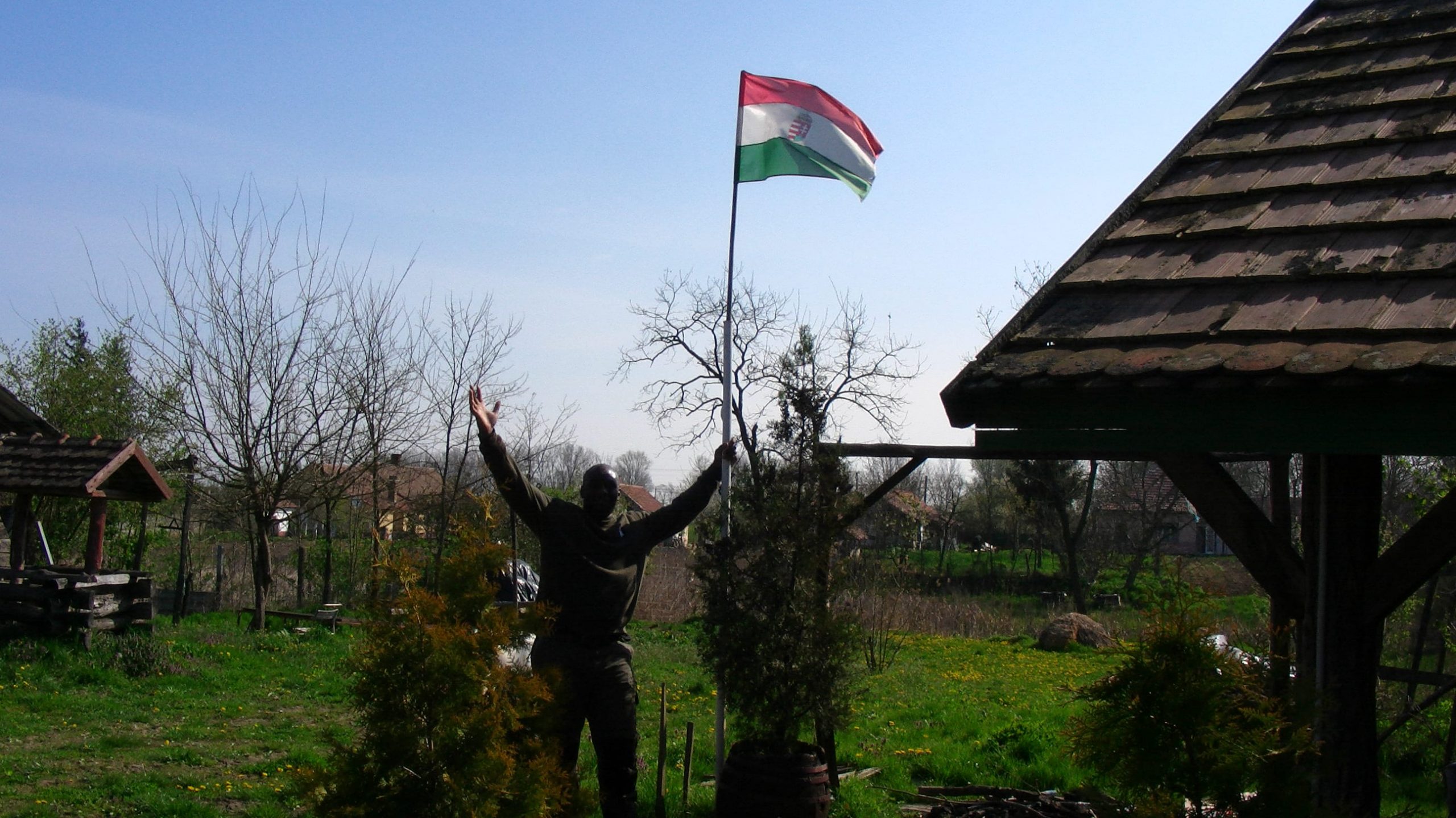 The 2011 Rehwild (Roe deer) hunting season got off with a bang for me. I had the opportunity to attend a guided hunt conducted by one of the leading outfitters in Hungary. I felt that excitement and anxiousness that builds up inside me each year as it gets closer to the first day of hunting season. This season was special; I was honored to attend a special hunt on 15 and 16 April 2011(the very first and second day of the Hungarian Rehbock season) with the President Karoly Nagy and Vice President Lajos Barta of the Korosnagyharasay hunting club.

The Korosnagyharsay hunting club lodge is located in a small hunting village on the Hungarian and Romanian border. It was a 10 hour drive from Germany and I arrived there one day prior to the hunt, 14 April. Although the accommodations were rustic, they were clean, had sleeping quarters, a stove; hot running water for showering and the chow was exceptional. The native menu specialty was a delicious Chicken Paprika (Hungarian stewed chicken in paprika sauce).

The tension continued to mount and I was up early on the first day. I could not sleep. My nerves were on edge and I could not wait to get started. I had an early breakfast and met with Nagy and Barta, and after a brief discussion of the hunting strategy for the day, we started the hunt. Unlike most outfitters, the Hungarian Korosnagyharsay hunting club does not require hunters to shoot their guns prior to the hunt in order to confirm their weapon accuracy. Although the possibility to make a test shot is available, it is not required because they expect
skilled hunters to know their weapon and its capabilities. I took advantage of the opportunity because I wanted to ensure a clean shot and ethical harvest.

Following a couple of shots and a minor sight adjustments, the hunting party was divided into two groups and it was decided that I would be guided by Lajos Barta. Lajos is a native Hungarian and known to be the best tracker in the club. The first day consisted of mostly stalking and looking for the right buck. We saw a lot of bucks at a distance. Stalking is especially difficult in this area of Hungary because the majority of the land mass is farm land with small patches of wood line that are under grown with patches of swamp water. All in all, the
first day was a good learning experience about the terrain, and served to really hone my hunting skills. We saw a lot of Rehwild and I saw my first Gold Medal Rehbock. We also encountered plenty of rabbits and pheasants while out stalking around. None of the Rehbocks came within range that day for a good shot and the tension was still building inside me!

My second day of hunting was very interesting. We started out at 0600 and immediately spotted a very nice “shooter” Rehbock. We pulled up behind a levee and walked with the wind in our faces. As we approached, we walked slowly up to the levee and were able to see the buck completely. Once we got to the top of the levee we had to get down and low crawl a bit. We were able to get into a good prone unsupported firing position to prepare for the 150 meter shot. I took a deep breath and squeezed the trigger, but something went wrong and the round
missed. I had to pull myself together and regroup quickly for a second shot. My mind was running now. What went wrong? Is there something wrong with the rifle? I did not have a clear shot for a second try and decided to pass.

The next opportunity came as we were leaving the area in the hunting vehicle. We jumped a nice Rehbock off the road at about 160 meters, but the angle was very different. I had to take a quartering away shot off the side of the hunting vehicle. Again, I miscalculated the shot and missed. By this time, I was having serious doubts about my abilities and the accuracy of my rifle zero. I was going over everything in my mind, trying to think what it could be! I finally settled into the thought that this was just not my day. At that very moment when my confidence was at its lowest point, I raised my glasses and saw a third deer! He was a very long ways away and this would be a challenge to pull off with the terrain working against us. The wind was in our favor and we decided to try to stalk one more time. 15 minutes later we were knee deep in a swamp and high water trying to work our way around this Rehbock for a clear shot. We got within 80 meters of him and he had only moved about 20 meters from where we had first spotted him. I mentally focused and put the morning’s problems out of
my head. I needed clarity and confidence to make this one count. I was able to get a good supported firing position for the 80 meter broadside shot.

I was squeezing the trigger and focusing on my follow through and site picture in an attempt to almost will the bullet to hit the deer where I was aiming! He dropped his head to feed and turned slightly. Instead of a clear broadside shot, I was now presented with a quartering away shot. I could feel my heart beating in my head as I squeezed the last ounce of pressure out of the trigger and the gun went off. As the weapon discharged, I could see that the bullet hit a little too far back as the deer took off.

We did not have hunting dogs to track the deer, so we had to immediately get on the blood trail. There was a large blood trail starting from where he was standing. We saw him 20 meters further up the field in the high grass. As we walked toward him he started to bark and jumped up running in a last effort to flee. After another 50 meters he went down again but he was not giving up easy. The blood trail was wide now and after walking about 160 meters we got to where we last saw him. I went wide while my guide drove him out of the tall grass and into a third patch of wood line where the Rehbock could not go anymore. He laid there in a ditch and I finished the hunt with a killing shot.

“That’s why it is called Hunting, if it was easy, everyone would be doing it. It is about the passion for the outdoors, nature, the hunt and a great respect for the prey we hunt!”