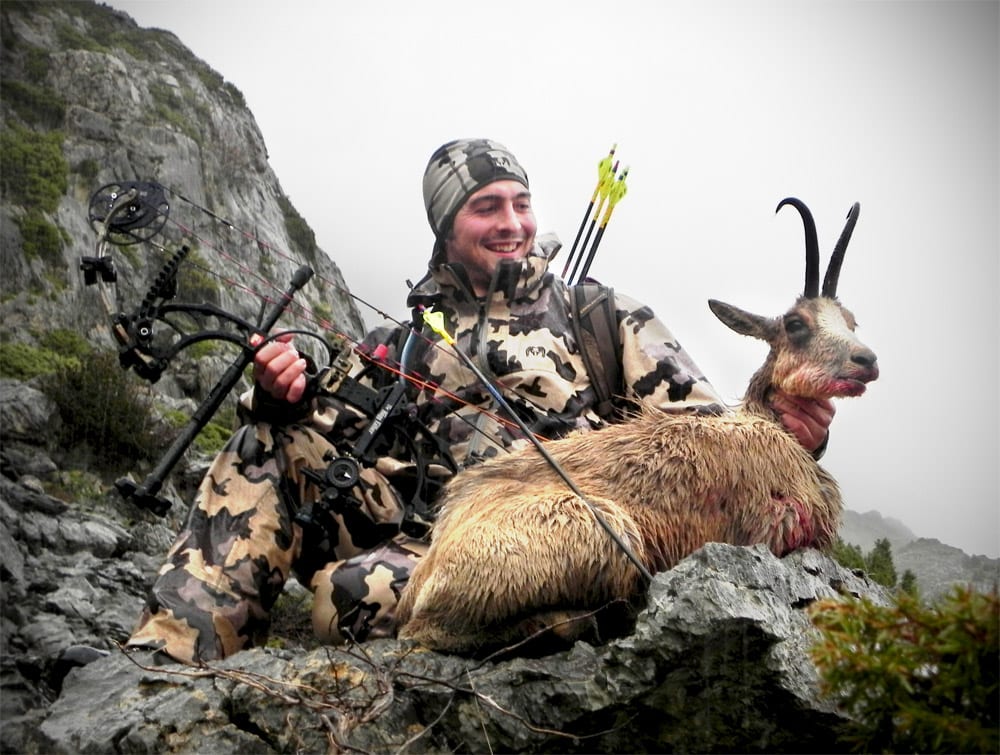 When deciding their next foreign hunting destination, most bowhunters will think of places like the US, Canada or South Africa. However, there are a wide variety of other destinations to be discovered. That is the case of Spain, a country which offers a wide range of opportunities and a great variety of species. Many gun hunters have already found Spain, but it is not yet a “must hunt” country for most bowhunters.

Spain is a country of diverse geography. With high mountains, vast valleys, lush forests and both humid and dry places. Such variety generates diverse game, both for big and small game bowhunting. Hunting has always been present in the Iberian Peninsula, generating a large amount of revenue and having a great impact on rural life.

Such tradition has lead to a population of around 1 million hunters, and that demand has pushed quality hunting in Spain to become more expensive. But high prices are offset by the excellent quality of the hunts including game quality, accommodations, lunches, shuttle services etc.

Bowhunting is quite a recent phenomenon in Spain, but the number of bowhunters has increased dramatically in the last few years. At present, in order to be able to hunt in Spain, nothing is required with the exception of a few areas. It’s still best to ask your hunting outfitter before coming, I prefer not to take the risk of trying to cover regulations in this article that could change soon.

The Iberian Peninsula has a variety of fauna both major and minor. Without a doubt, the Hispanic ibex is king. It is a unique animal in the world and possibly possessing the most incomparable beauty. There are four types of ibex in Spain, Beceite, Gredos, Southeastern and Ronda.

They live in the mountain areas and the best way to hunt them is spot and stalk, generally during the rut season when males are more focused on females than any other thing. Depending on the area and the weather, this can happen between November and December. It is quite a spectacle to see ibex fight. They can be hunted with the bow, and if you are a skilled bowhunter you are going to have shooting opportunities.

We have two subspecies of chamoix, one from the Pirinees and another one from the Cantabricus, a beautiful animal but very difficult to get within bow range. The hunts are tough and conducted in high mountains across open fields – which complicate the stalk.

In these hunts good physical condition is a must, and expect to have long shot opportunities. Despite the difficulty, it’s a goal worthy of pursuit, and hunting in Spain’s most beautiful ranges is just amazing. The chamois can be hunted both in spring and winter.

Going deep into the woods we can find animals such as the wild boar, the red deer or the roe deer. The boar is the animal which keeps most bow-hunters awake during long night hours, being without a doubt the animal preferred and the most bowhunted.

In general the technique used to kill these beast is to ambush them by waiting in a treestand or on the ground over feeders. Many times this hunt goes long into the night. Boar bowhunting in Spain requires a short distance shot and the bowhunter should get used to shooting at night. Spanish boars are incredibly tough and do not stop running until they are out of steam, so proper arrow placement is crucial. Big male wild boars can reach a weigh of 100 kg, with tusks of around 25 cm long.

The red deer, together with the wild boar, are the most common animals most hunted. Male red deer tend to weigh around 200 kg, and our largest animal. They are normally hunted by stalking or waiting, depending on the area and season. The most beautiful time to hunt these animals is during the rut (September), in which the stags roar in search of doe, performing one of the most beautiful shows mother nature has to offer

Red deer are located all over Spain, and there are a lot of places which offer good hunting for the bow and arrow. Despite their numbers, its intelligence makes them a really hard trophy to get within bow range.

But in some cases they are also driven or “Monteria.” The driven big game is a classic Spanish method of hunting in which an area of the scrubland is beaten and pushed with dogs, so as to pressure prey towards the “apostaderos”. Such group of dogs are called “rehalas” and each dog has a different tasks, such as recovery, seizure and chasing.

It is becoming more common to see bowhunters located in special posts at “monterias”. Posts which due to their location and the type of ground cover slow down the animal so they do not pass running, enabling the bow hunter to make a more effective shot.

The Roe Deer is my personal favorite. Called the elf, the Roe Deer is suspicious, intelligent, fast and has very good senses. They are a real challenge for a bowhunter. It is a small deer of around 25 kg of weight with small antlers full of nuances and character.

It requires a lot of time and usually it is a real challenge for foreign people with limited time. Its season goes through the spring and the beginning of autumn which allow us to hunt dear year round.

The fallow deer is another deer that lives in our forests. Weighs more than 100 kg and has antlers of amazing dimensions.

Apart from those species mentioned above, we also have spread around the Iberian peninsula species such as the “sheep” and the “atlas sheep” among others.

For predators, wolfs can be hunted in certain areas and fox are pretty common and can be shot with any other tag.

Among the protected species we can find the bear and the lynx, which are preserved and protected.

As I have mentioned before, minor hunting (small game) is very relevant and popular in Spain, bringing each year a high number of hunters, especially for chasing the queen – the red partridge. We also have migratory species that fly across the peninsula coming from the north of Europe such as ducks, pigeons, turtledoves, quails, “woodchuck”, gooses etc.

There are a wide variety of hunting techniques but the most attractive of all is hunting with a pointing dog. I would highlight the quails for bowhunting due to their ability to hold the “muestra” and to their flight, which make them the perfect prey to be knocked down while in flight. In order to knock them down we normally use special tips made of wire.

There are three main types of hunting areas or surfaces: the national reserves are tough to hunt due to the few licenses granted compared to the high demand. Privately owned reserves, in which game is leased to the municipalities by the hunters, and the private game farms or ranches (most of them fenced) in which the land is privately owned.

With few exceptions, the hunting season in Spain is open the whole year. Between March and April “ibex”, “chamoix”, sheep” and “arruis” can be hunted, as they do not throw their antlers. The roedeer, whose antlers are formed during the winter, starts in April and that period lasts until October. In spring, it is possible to hunt boars “spot and stalk”. The general season starts in autumn and it continues from October to February. During the general season all species can be hunted except for the “roe deer”.

Spain is a country with an impressive amount of sporting possibilities. Spain is already popular for firearm hunters but is growing steadily for bow hunters. There are several professional organizations which organize hunts for different species with good success rates. Spain is also an amazing tourist destination, receiving more than 55 million tourists who come to enjoy our monuments, the delicious food, and our great beaches. Considering both, the diversity of species and the tourist possibilities that Spain has to offer, bowhunters should consider travelling from the other side of the Atlantic to visit us for a unique and outstanding international bowhunt.