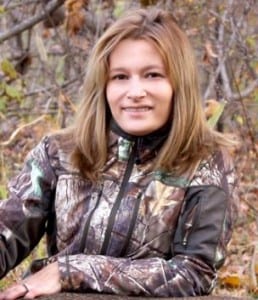 Does this sound familiar to anyone right now? After thirty days of hunting, I had seen my share of deer, but not the deer I was after. I was hunting an area used as a traveling route by the bucks in the area. Up until this year, I had only seen two does at the most in any given season. This year was quite different compared to previous ones. Normally, I hunted many nights without seeing deer, and then I’d catch a glimpse of one several hundred yards away. This year, I saw deer every time I was out, and several were extremely close encounters. Almost all would have come well into archery range if given the chance. I had gone out feeling optimistic every time, but the wind was a factor in my setup each time.

Finally, on Halloween night, I decided to brave the wind and rain for the perfect wind. They were calling for a three hour dry wave before the storms hit. Those three hours were supposed to be between 4 and 7 pm. I quickly found out that the weather forecast was wrong and I was not surprised. I sat through a mix of cold mist and freezing showers for about three hours, before there was a short break in the rain. This was about thirty minutes before sunset. The wet ground allowed me to sneak quietly to the southern edge of the property, close to where I had a feeling the deer were bedding. Generally, I would never let myself wander so close to a bedding area, but conditions couldn’t have been more perfect. I chose to sit on a hill formed by a bulldozer where they were working on waterways. It lifted me up high enough to get a good view of the woods beside me and the field to my other side. There were a few trees pushed over to provide some cover. I was sitting about ten yards from where I had seen almost all of the deer come out into the field every evening. I didn’t understand how I could possibly walk out without seeing a deer.

Less than ten minutes after the rain stopped, I had two young bucks walk in from the corner of the field into the woods, about fifty yards to my south. They spent a good ten minutes thrashing the trees before finally making their way back deeper into the woods. I was hoping to get a closer look, but they had other ideas. Shortly after they left, I could see a doe walking along the edge of the field through the trees. She slowly made her way in taking the same route as the bucks, but instead of heading south, she started heading in my direction. She was moving slowly, grazing as she went. I took the opportunity to get in shooting position and wait for her to walk out in front of me. As she worked her way in to forty yards, I noticed another deer coming into the woods from the same direction she and the other bucks had come in. I was so busy watching her that I didn’t get a good look at the buck. Luckily, he quickly made his way to where she was, following about ten feet behind her. I immediately grabbed my binoculars for a better look. He was a beautiful ten point buck, definitely a shooter!

I quickly became aware of the potential problems I could run into. I had a feeling this doe would enter the field first and stay too close for comfort. This would make it nearly impossible to draw my bow without alerting her to my presence. I quietly moved back further into the trees, trying to provide as much coverage as possible without compromising my clear shooting lanes. They slowly worked their way up to twenty-five yards. I could have taken several shots, but decided I would wait it out for a closer shot. They were walking into a natural funnel, so I expected them to walk right in front of me, straight into the field. The doe did exactly that, while the buck took his time making his way closer. I kept a close eye on the doe, waiting for the perfect opportunity to draw back, as the buck made his way closer to the field. As he walked behind several trees, I took this time to draw back. Unfortunately, instead of walking out from behind the trees, he cut up deeper into the woods. He went around several more trees before stopped and browsing. By that time, I realized I needed to let down my bow as carefully as possible and wait for him to walk out into the field.

As he started to step out, I quickly double checked to make sure the doe wasn’t watching me and decided to draw back again. The second draw was not nearly as easy or as pretty as the first. About mid-draw, I heard a deer blow behind me, which immediately drew my attention away from the buck and onto her. Quickly I turned my attention back to the doe and buck, only to see them running away. I could have sat there the last few minutes of shooting light, but it immediately started raining again. It took several choice words and many thrown walnuts to vent my frustration, but I was able to regain my composure easily. I had a smile on my face as I walked the mile back to my car in the rain.

It could have gone according to plan, and, I could be writing about harvesting a nice ten point buck. But, in hunting, there are more stories of the one that got away, and this is just one of the many. It is always disappointing, a little heartbreaking, and incredibly frustrating, but I certainly learned some valuable lessons. Just like in life, there are no guarantees with the weather or with hunting, and always check behind you before you draw.