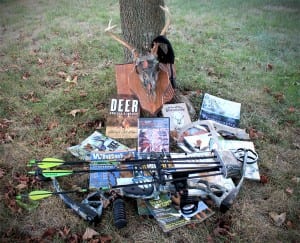 Most seasoned hunters are well aware of the joys and disappointments of a successful harvest. But, if you are just starting out or considering taking up hunting, because it looked like fun on an overpriced DVD (to have 15 kill shots in 25 minutes) then read on. Everybody has to start somewhere. A youth will more likely be encouraged by his elders and peers. Someone a bit older, who shows up to his first hunt spending a lot of money on clothing and equipment and has no knowledge, skills, or abilities (KSA) is in for some hazing. That does not have to happen! You can show up with a wealth of knowledge and an eagerness to put it to practical application in the field. This will increase your skills as well as abilities.

Einstein said that if a person studied a subject for just 15 minutes a day in a year, he would be an expert, and in five years he may even be a national expert. It is my opinion that most people gain their knowledge “on the job” or by watching and following a mentor. This is great, provided that the mentor knows their stuff and is not full of bad habits. Reading can enhance as well as strengthen the knowledge, in turn increasing skills and abilities. Consider that the average American adult watches 32 hours of television, but only reads 8 hours. And what they are reading is depressing newspapers, Facebook posts, and what their favorite celebrity is having for breakfast. Half of us do not read a book more than 400 hundred pages after completing a formal education. Ten times the money is spent on what we put on our heads instead of what we put in them.

You can at least appear to know your stuff by spending 15 minutes a day reading on a single subject of interest. For a year, 15 minutes a day would probably be about 20 books more than a college education and more appealing when it’s a subject of interest. In the 80’s, there was a commercial for a product called Where There’s a Will There’s an A, which was basically a guide on how to study. I’m sure it’s still around today. It stated that the average brain retained information up to about 10 minutes of reading, at which time it would begin to wander. Even though the student continued to read, the brain stopped retaining the information. It was suggested that the student take a break after 10 minutes of study to reset this retention mechanism. This could be done for hours and all Einstein and I are suggesting is 15 minutes per day.

Hunting is a fairly broad subject considering all the different animals to hunt or harvest, techniques, species, styles, methods, gear and traditions. The list goes on and on. I would suggest beginning at your local library. You could browse a few magazines and subscribe to the ones that catch your interest the most. Then, check out a few books on your subject of interest. If you find a gem, you may want to go visit Amazon.com or the like, and buy it new or used for your own collection. In this way, you aren’t stuck with all these books you never intend to read. No book is worthless, I’m sure they hold value for someone. But if it does not peak your interest and is hard to read, it just takes up space that could be filled with your own personal greatest discoveries. You will know when you find that book because it resonates with you, making your hair stand up and you’ll find you can’t put it down. And you will want to tell everyone about what a great book you found. I would not suggest doing that though. I find it really annoys people who do not share your interest. It’s for you to know, and for them to find out.

Figure 3 “Photo” The first place to start, your local library.

Most people think that your knowledge initially increases by reading and then by doing, and that is true. However, it is the raw desire that leads you to read about your interest. It is my opinion that this desire is the first step in fulfilling all levels in each area of your knowledge, skills, and abilities. None of those would expand in the least without an interest in a subject. Even people who hate what they do for a living, can tell you all about the job, if they have been doing it for a period of time. You may say, “Well, where’s the interest in doing something you hate?” Many people choose a career path based on how much income they can potentially make rather than an area of interest. Therein lies the desire for earning money. Their “desire” for financial security leads them to their increasing levels of KSA in a subject they don’t particularly care for. Chances are the same people on their off time have a hobby or activity in an area of interest they pursue because of enjoyment. Owing the time they spend learning the activity by reading, doing and explaining it to others with similar interest. They inherently increase their own KSA as well as those of like mind when they exchange ideas.

Have you ever read a book that you really enjoyed? Then when you found out there was going to be a movie, got excited only to be disappointed when the movie did not live up to the book. Yep, it happens to every great book. Many great books have been turned into not so great movies. I suspect it has something to do with a Hollywood executive needing a new toy. So it becomes a barrage of visually stimulating 3D explosions and bird boned models just in time to be a summer blockbuster. It leaves out the entire emotional and provocative context that doesn’t quite translate to video. More than a few hunting shows out there on DVD and TV go straight to the kill shot, cutting out all the hard work leading up to it.

We have been trained by the entertainment industry to cut to the chase and then even cut out the chase and get straight to the climax. In and out of the theater like a drunken one night stand wondering, why do we keep coming back? I believe this is why when you are watching a hunting video and you see the hunter all out of breath with his heart racing, you wonder, what’s the big deal? It’s because that kill was a culmination of planning, stalking, waiting, despair, enthusiasm, depression, giving up, anger, spending time, money, energy, doubt, ridicule, and humiliation. Yet all you get to see is the climax, the relief and double takes with pure happiness without explanation of how he/she got there. And yes even if it is a celebrity hunter who just shows up and shoots, there is someone in the background who put it all together. That person is more excited for the kill than anyone else, because they made it happen! It was their KSA put into action fueled with desire that brought you that HD kill shot. Of course I am excluding “deer farms” where the hunter arrives ten minutes to deer dinner time and then takes his pick of the herd. These places have value for helping folks with limited abilities fulfill their dream that would otherwise be near impossible. I would never take away from that. But it pains me to hear grown able bodied men brag about bagging a big one at a petting zoo.

My current area of interest is photography. I’m putting my money where my mouth is and applying everything I just wrote about with Einstein. The first thing I did was to read about beginner photography. Then, I chose a camera suitable to my skill level and within my budget. I read that the photographer makes the picture not the camera, so don’t blow a wad of cash expecting miracles. I may have been a little over enthused with checking out 12 books about photography from the library. Now, I am finding it overwhelming on which book to start with. I decided to keep three books and take all the remaining books back. I will read them first before going back for some more. My goal is to provide this publication with great photos and expand my world with a new skill. Perhaps I will inspire someone else to step out and become a subject matter expert in just 15 minutes a day. Check out the photographs with this article and future articles to see my improvement over time.