First Bucks of the Season 2014 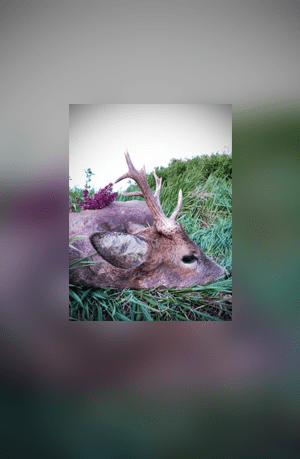 First Bucks of the Season 2014

It has become a tradition, that my german business partner and friend Thomas Schneider comes to Hungary to hunt roe bucks. We have already had some great hunts the last few years, so I couldn’t wait to get out in the Revier chasing nice Hungarian roe bucks.

The winter this year wasn’t that tough and the vegetation came to life much earlier than in years past. This of course means a hunter has to hurry up to get the bucks, before the crops grow too high, covering the lain roes. Therefore Thomas and I agreed that he would come as early as possible at the start of the season. Fortunately he could arrange it and we were out in nice territory on the first morning of the season. The revier is just a few kilometers from Budapest, the capital of Hungary, near the small city of Gyömrő. This territory is home mainly for small game and roe deer. But, wild boar and red deer are also common guests that mostly cross the revier.

There is a debate in Hungary as to whether the roe bock season should start later, because of the lack of coverage which allows the hunter to shoot the good bucks at the starting of the season. This causes the weaker, genetically less capable bucks the opportunity to reproduce during the rut which begins in August. This could cause a decreasing of trophy quality bucks in the long run. Lot of hunters blame it on the material approach of the hunting groups, the income, that the roe bucks meat is more significant, than the aspect of long term game management.

We arrived at the hunting lodge of the territory we were to hunt at, and after a short briefing, we were already out in the fields. The most common way in Hungary to hunt roe bucks is to drive around with the car. This way you can cover big distances, and spot lots of roe bucks. (Don’t forget, that we have territories that are larger than 10,000 acres!) If you spot a buck, just take the binos or the spotting glasses and try to figure out whether the buck is worth hunting. If you decide you want to take a closer look at him, make sure to take your shooting stick, and try to stalk at him. That’s where the real hunting starts! This is what we did, after half an hour of driving!

We spotted a buck, and we already knew from a distance of over 300 meters, that this is a buck worth the effort. I’m often wondering how professional hunters can judge bucks from huge distances. It is hard for me to tell whether it is a buck or a doe from such a long distance! You have to raise your binos on thousands of bucks to gain the ability to decide in seconds about the age of the buck, and quality of the trophy! We parked the truck, and stalked slowly along a small forest belt. We had to be careful, because on the other side of this forest belt were some weekend houses. Safety comes first! As we got close to the place where we hoped the buck would pass into the woods, we slowed down… Just as we came up on a small hill, we spotted the buck walking calmly in the direction we expected. Thomas took my 6,5×57, placed it on the stick, and let an accurate shot out of the rifle. I saw that the shot was well-placed, and after a short run the buck stumbled and fell down.

Standing over the beautiful animal, we found out that we overestimated the age, but not the weight and quality of the antlers. A nice trophy buck on the first run!

Figure 1 “Photo” Peter Hochstein and Thomas Schneider with their first Roe deer of 2014.

That was just the first chapter! In the afternoon, we followed the same method, but without any effect. As it seemed, the roe deer were not moving at all. We had strange weather with strong wind, and you wonder where all the roe are hiding.

In the morning we found a very interesting buck, but could not get close to it. With the last rays of the sinking sun, we tried one more time and went back to the place where we first saw him. What luck, he was there! But how could we get into range? We tried our best, but just a second before the shot a runner appeared and the buck jumped away. Thomas is indeed a hunter with quick reaction time and hit the trigger. He missed it, but then fired a second shot! The buck made his last run and we found him 60 meters away from the location that the bullet hit him. What a trophy! I like the abnormal deer trophies much more than the regular six point antlers. This buck is unique and beautiful!