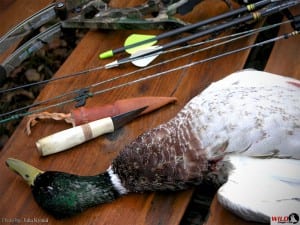 Finland borders Russia to the east and Sweden to the west and stretches approximately 1200 km North/South and about 600 km wide East/West. This makes up for a total of 338,145 square kilometers of pristine nature. Finland is also known for its abundance of lakes which offers an exceptional water fowl environment as well as great hunting. In the northern parts, the vast forests holds a large population of woodland birds which many hunters prefers to hunt using tree barking dogs.

Lesser game can be found all over the country as well as moose and whitetail deer in the northern parts of Finland. In the southern parts, you may hunt wild forest reindeer and a smaller number of Roe deer.

In the fall, hunting Golden eyes along the southern coast (archipelago) as well as the Alandic Islands is an exceptional nature experience. Often you hunt using the shoreline rocks as traditional natural ground blind decoys. These can be found scattered all over the archipelago and have stood for over a hundred years in many places built by the inhabitants on the best spots for hunting. An interesting side note, in the Alandic archipelago during the Russian/Finnish war (1939), the Russian soldiers did not understand the purpose of these blinds and thought they were fortifications and subsequently tore many of them down, a very time consuming task given there are about 10,000 islands in the archipelago!

Mallards are also a very common duck here along with a few other species. They are usually hunted in the traditional way in wetlands, reeds from boats or on the shore. Note: you can’t hunt from a boat with the engine running with the exception of taking down wounded birds.

Also by law you cannot use lead shotgun pellets while hunting for wetland foul, however you can use them when hunting other lesser game like hare, fox and roe deer.

Figure 4 “Photo” of Roger Pettersson with a beaver he harvested.

Moose and other big game

Finland has an exceptionally large population of moose

(Alces alces) <http://en.wikipedia.org/wiki/Moose>. They are the most popular big game to hunt with nearly 70,000 harvested each year. Roughly about 60,000 permits are issued each year which indicates just how popular moose hunting is for Finnish hunters.

The season is fairly short and usually starts in mid-October and ends in December. There are two main methods for hunting moose. Drive hunts are very popular and is usually a big event in the villages. It involves many people driving the game towards the shooters. A second method is using a dog that barks and stops the moose while the hunter stalks up for a shot. This is commonly a more solitaire way of hunting and usually conducted by 1 or 2 people. Moose hunting requires that the hunter has passed a yearly proficiency test before hunting. Only class A weapons are used and bowhunting moose is not permitted.

Whitetail deer are the most common deer in Finland. Hunting them is similar to hunting moose and is also governed by a yearly test. Roe deer are another game you may hunt in Finland. However, the population is not as large as the whitetail deer. If Roe deer is what you are looking to hunt, Finland might not be your first choice. I’d recommend Aland <http://sv.wikipedia.org/wiki/%C3%85land> for that rather than main-land Finland.

Before hunting in Finland, there are a few things you will need. Below is a list of what is required:

1. A Finnish hunting permit (you will be able to get one by providing your guide with a copy of your local hunter education or similar certificate, he will then order and pay for your Finnish permit)

2. Land rights (The outfitter/guide provides this for you, you can’t hunt without it)

4. For moose, deer and bear hunting you need to take a valid proficiency test*

A silouette target of a moose and a 23 cm target area (for bear 17 cm). The shooter will shoot 4 shots at the non-moving target, the distance is 75 meters. You have 90 seconds to complete the 4 shots and you can use support while shooting. All 4 shots need to be inside the target area to be approved and you have a maximum of 5 attempts. More information on dates, etc. will be provided to you by your outfitter.

There are many outfitters <http://www.metsastysretket.fi/en/> in Finland, unfortunately I do not know any of them. I recommend using google and check “Hunting in Finland” to simply find your way to an outfitter that you like. Do keep in mind that speaking English is not common in Finland, so you might find it it difficult to communicate when speaking with them.

If you like sport fishing, many of the outfitters can provide you with combo packages so you can fish and hunt while you are there.

In Finland, a sauna is a must! Keep in mind that what you call a sauna (temperature wise) is to a Finn the room where you change your clothes! In other words, their saunas are HOT! And don’t be surprised if the person next to you starts hitting you with bunched up Burch leafs, it’s a tradition!

If you want to make friends with a Finn, they like beer and sausages and language is not so important! Finns are very much in love with sports, primarily sports where you must wear a helmet! Good luck on your adventure and enjoy everything Finland has to offer.