Hunting tales from the Dark Continent – “The Warthog that wasn’t supposed to be mine”. 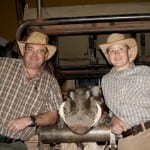 Figure-1 “Photo” Michael and his son Danny, with his trophy warthog.

The day before this hunt, we hunted Ostriches for an African farmer on the southern edge of the Kalahari Desert who had too many ostriches.  Nasty creatures – covered with black flies the size of watermelon seeds – – – but that’s a different story all together, he needed several of them removed.

The Farmer had way too many on his property (200+) and he wanted them gone, (shot or transplanted to another farm). We hunted the Ostriches in the afternoon, trying to “herd” them into a central area.  Then, after dark, we drove “cross country” in vehicles, finding the Ostriches, blinding them with lights, then jumping out of the trucks and grabbing them with our hands and stuffing them into the truck beds. We caught a total of 25 ostriches by hand in this manner and prepared them for transplant from one ranch to another.  It was an all day and late night event, and we did not return to the lodge until 0300.

As you can imagine, the next morning, we were really tired… I mean exhausted. We got up about 0900 – very sore from the cross country ride in the back of the trucks to clean our rifles, and went out to confirm weapon zero’s, plus shoot a couple of bullets down range.

Needless to say, I was very (extremely) disappointed (I mean crushed) my hunt seemed to be over before it started. I set my scope to the lowest setting (6 power) and relegated myself to filming Danny shoot his rifle, as his bullets shot straight and he was shooting it well.

Well, we were still tired, so I insisted that we take a short nap after lunch but Danny wanted nothing to do with it. He slept from 1400 – 1530, and the professional hunter (PH) and I wanted to get him a chance at a warthog, but again we were still so very tired.

We really didn’t want to go, but we went out at about 1545 anyway, fully not expecting to see anything, in fact, the PH didn’t take a driver – nor did he bring a tracker with him.  The PH drove the truck and Danny and I manned the top, looking for what we could see. We were going out “because they just won’t come to you…you have to go to them.”

Then the unexpected happened, after about 10 miles on a two track road, I saw a big pig off to the left on the next hill. He was just standing there under a thorn bush. I pulled up the video camera and started filming. The PH saw it also and immediately angled the truck in that direction.

Danny leaned over the top of the truck cab and settled into a good shooting position on the shooting pad. He had a standing shot at this pig at about 150m, but couldn’t find him standing in the brush.  When he finally saw the Warthog, it started trotting off – from right to left.  Danny saw him moving but wasn’t sure of the angle or distance. He took the shot but missed him at about 150m.

Danny’s rifle was zeroed for 250m and the shot went right about 3″over the top of the big pig’s back and he continued to run disappearing over the horizon.

You could almost hear it in the PH’s mind:” Damn, I didn’t bring my tracker”… “Damn, I’m driving and can’t look for it myself”  We drove quickly cross country down the hill and up the other, and then we raced cross country about 200m in the direction of travel that the warthog had run.

“Michael, scan the wood line – see if he went down there” yelled the PH.  I looked, but saw nothing. We circled back still nothing, and then we decided to go to the place of the shot. We checked the area, but we still couldn’t find anything.

From the truck, we looked for blood and tracks but found nothing. Then we got out to look on foot. I make it a practice to never leave the vehicle without my rifle, so I grabbed it “just in case” and dismounted.

Danny and the PH looked at the video to make sure we were in the right spot. Then, we continued to look around more and found the place where he had been standing. We saw his tracks and started following them. We checked about 5-10 meters from where we thought the shot should have hit him but still saw nothing.

Danny was disappointed, we all were. This was a really big warthog, one of the biggest in the area.  Danny said “Crap, I missed him, let’s go.” The PH and I said, no – we need to do the right thing and check a little further to see if maybe there’s anything…a drop of blood, anything…and we continued on.

I thought “how does he know this is our pig?” but I turned and swung on the beast. I saw the big ivory tuskers in the scope (set on 6 power) at just 25 yards – and the big porker was screaming from right to left through the thick scrub and thorny brushes.

I picked up the cross hairs, swung through the pig, got in front of his nose, saw him disappear behind a bush, continued the swing, and slapped the trigger. BANG!  The Tikka .300 Win Mag barked and there was a cloud of dust.  Did I hit or miss? Was there a shower of ivory from a bullet hitting the tusk?

No… I had successfully swung smoothly, and planted one just behind his ear, and he crumpled on the spot.  I was elated… a damn fine shot…but at the same time, I was empty (crushed), because I didn’t want a warthog. It was supposed to be for my son.

Figure-2 “Photo” Michael after his great close range shot on a mature warthog.

The PH was also elated, he said he had seen it all, but said this was absolutely incredible – a story no one would believe…yet he turned to me and said “Michael, that was a fine shot, but I could see it in your face that you didn’t want to shoot – but you made an absolutely perfect shot.  It couldn’t have happened any other way.

Danny was disappointed…it was within in his grasp – but it didn’t happen. I had shot his warthog… Had I not shot it though, we surely never would have seen it again.  We took the photos and headed back to camp.

This was a monster Warthog, about the size of the one stuffed on the lodge wall – and will be turned into a shoulder mount for our home.  Now, we have a reason to return to Namibia some day to get Danny his Warthog.