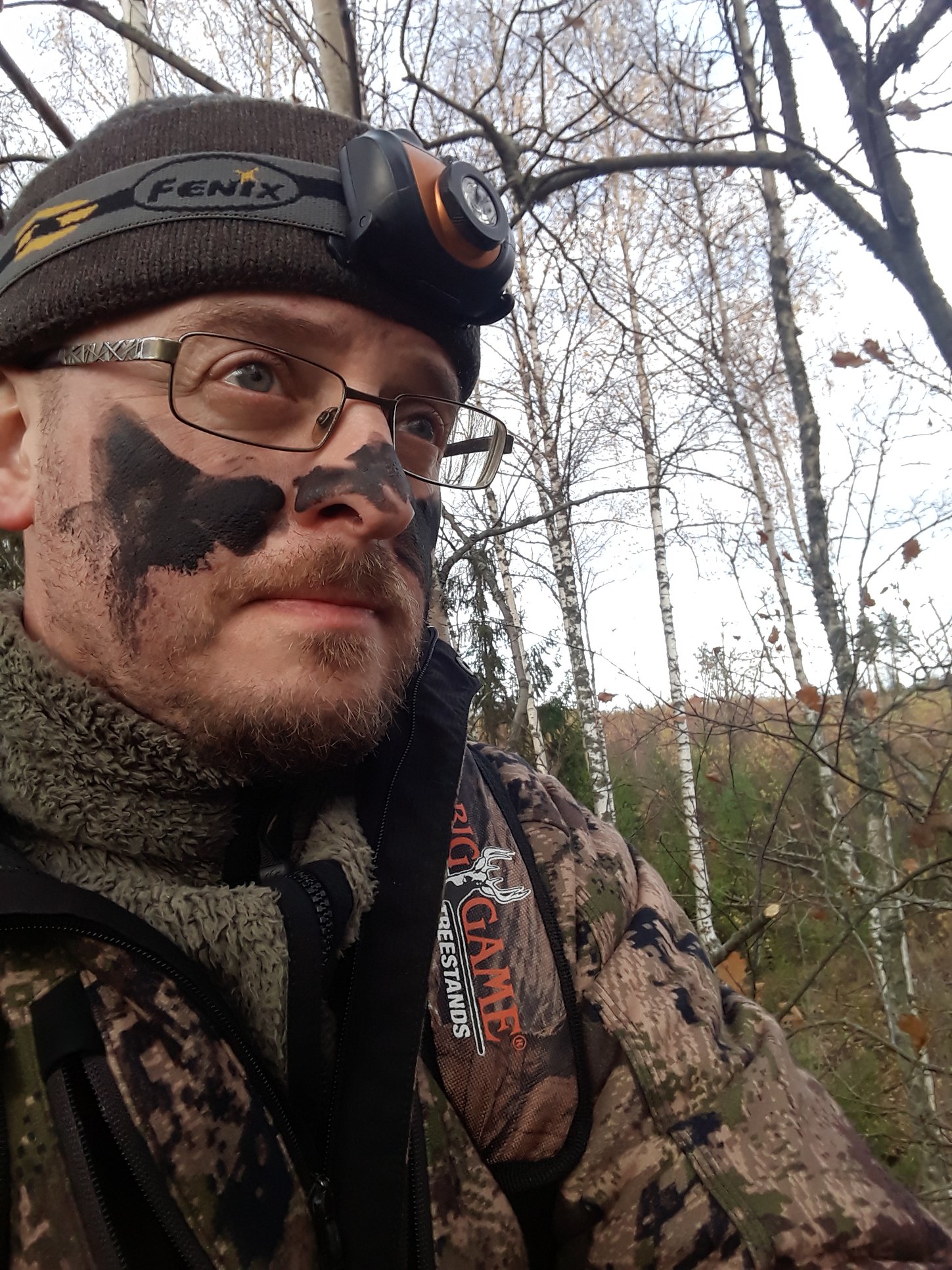 I’m 48 years old but in great physical condition due to spending a lot of time outdoors and a physical job that keeps me fit. I have been hunting since I was 15 years old and I hunt all animals allowed here in Finland including small predators and pest.

Hunting takes place mostly in SW Finland, but also elsewhere in the country. Currently, I live 100 km North from capital Helsinki, in the city of Lahti. I go hunting during the season often, sometimes daily, mostly weekly. We have a private bowhunting club and this offers plenty of opportunities to go around this northern country. It’s called Experience Bowhunting Club. I was one of the founders and first president of the club.

My favorite target is whitetail deer and this beautiful animal increases heavily in numbers here. Best areas have 100 plus heads per 1000 hectares. I typically take about 4-6 of those annually to fill the freezer with venison. I also hunt predators among friends underground, using small dogs and then digging those illegal residents back to the surface.

Currently, the bow and arrow have taken more space in life, which is a fascinating method to hunt. I have been hunting with a bow last 15 years, also trips to the US included. RSA is on plans, but Estonia and wild pigs I have seen several times.

The camera on the hunt has not been too much used, but a new camera and swivel arm to three, etc will come in use when the current season continues. A drone would be nice at some point. I have been traveling thru most of this planet, despite South America, Africa, and Australia.

I had hunted in some countries, but laws and restrictions were hard to find by hosts…Geese, ducks, pheasants, pigeons, etc have also been on my ‘menu’ for more than 2 decades. Roedeers, whitetails, and moose are on lists also.

I also cook a lot of game meat and according to judges on way, they have loved the food of forest ingredients. Hunting is not a hobby for me, it’s a way of living and passion for me.

I have also education to make tanning to hides at my own, using saame, Indian and Inuit methods in a natural way. Also, trophies and jewelry from bones is my area of expertise.