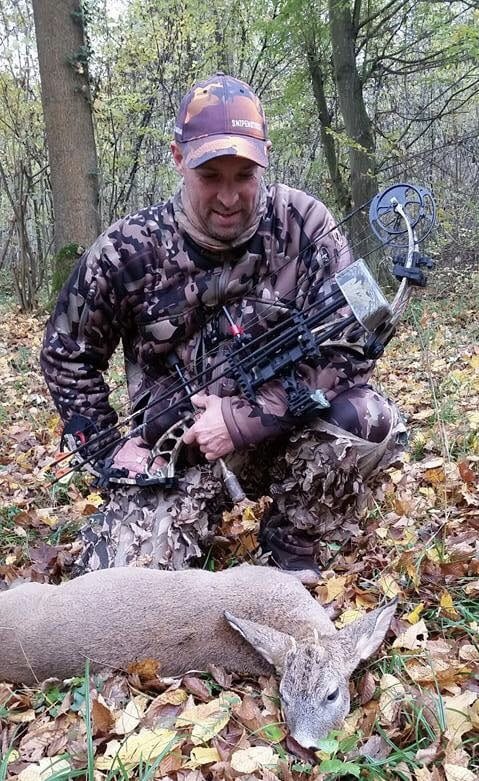 Luis Hant was born in 1975 , and currently lives in Germany, specifically the Black Forest, near Freiburg i.B. He has been hunting since 2006 when he shot his first wild hog with a bow. Luis loves bowhunting but he also enjoys hunting with a rifle and shotgun. He has hunted with a bow in France and Hungary. In Germany Luis has only hunted with a rifle and shotgun, but that is something he is working hard to change (it is not permitted to hunt with a bow in Germany yet).

With a bow, Luis has hunted Rabbits, Ducks, other birds, Nutria, Fox, Dachs, Roe deer, Red deer and wild hogs. He is an IBEP-instructor, member of the Presidents Committee of the German Bow hunting Association and of the French Bow Hunting Association Bas-Rhin.

He authored a book about bowhunting in the German language (2011) named “Bogenjagd Heute “. To purchase a copy of Luis Hants book please CLICK HERE

He currently lectures hunters in Germany and also lectures students at several universities all over Germany. We are very pleased to include Luis within our International pro staff.

Currently he is shooting a PSE Vendetta bow, his favorite weapon of choice.