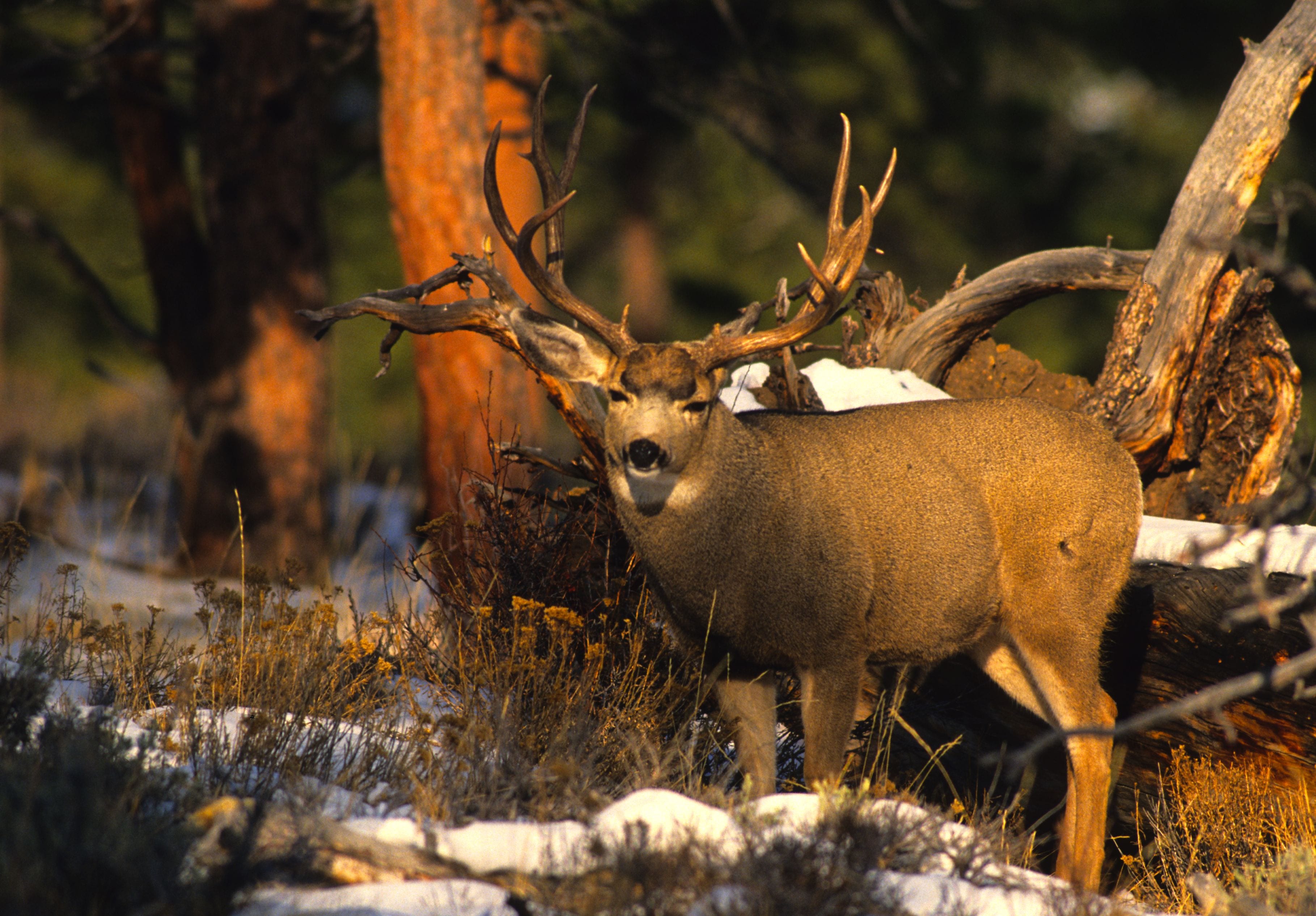 The Mule Deer is a very distinctive animal, with a pair of large ears, forked antlers and a large body mass. It is one the biggest deer species in North America. The Mule Deer, or Muley, is capable of weighing over 200 pounds for males and an average of about 100-120 pounds for females. Its habitat is far more rugged than its cousin the Whitetail deer. Mule deer areas range from open plains and rugged mountains of the Northwest to the desert lowlands of Texas, New Mexico, Arizona and Mexico. This deer is capable of surviving the harshest winters. They are still fragile in their natural habitat and compete with grazing domestic animals for that habitat. Every effort to balance and study them is being made in a continuous effort to counter this competition for habitat.

Figure 1 “Photo” A Mule deer in the wild. – The North American Mule Deer, second only to the Whitetail is the most popular big game animal to hunt. This species of deer inhabits mostly the western part of the United States, Canada and Mexico. The Mule Deer is one of the bigger bodied deer in North America and has been known to crossbreed with the Whitetail deer and Blacktail deer of the Pacific Northwest.

Mule deer and Whitetail habitats overlap in the Midwest and most Rocky Mountain States. The two main distinctive characteristics that distinguish the Mule Deer from its cousin the Whitetail are the tip of the tail of the Mule deer is black and the Antlers are forked.

Nature Status: Not on the endangered
list. High conservation efforts being made throughout North America keep their numbers high.

Predators: Humans, Wolves, Bears, Mountain Lions are their main
predators. Also, coyotes have been known to prey on fawns and yearlings.

Life Span: 10-12 years with the deer hitting its prime age range at 6-8 years when they are considered mature.

Future: Natural habitat conservation efforts are a priority. The Mule Deer Foundation is one of the leaders in the effort to maintain a healthy population.

Rifles: Most hunters recommend light set up with high powered scope and medium calibers, but history has proven that a 30-30, 250 Savage or the 257 Roberts with open sights has taken its fair share of Mule Deer.

Optics: A good spotting scope is a must to glass open plains or across the valleys on the opposite hillside to look for deer. Scopes are either between 1.5X-14X power for an open plains Muley.

Notes: Hunters have taken up the challenge in pursuing this deer with archery equipment. Both modern and traditional archery are being used as well as black powder rifles.

Method: Spot and Stalk, Blind, Treestand, and Still hunting are some of the bigger challenges for these deer.