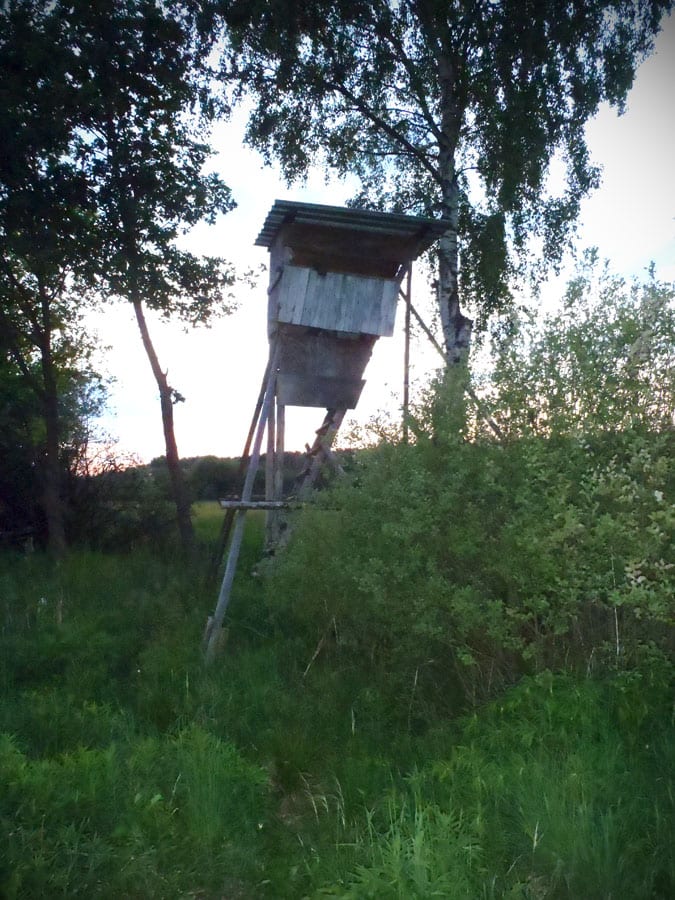 When someone is taken out of their culture, their comfort zone, they look for things familiar to them that make them feel better about their surroundings and ease their apprehension about living someplace new. Upon moving to Germany in September 2009, I searched for the local hunting community. I had read about the different styles of hunting in Europe, having visited briefly twice before. I was intrigued and eager to learn as much as I could, and also to begin a new chapter in my hunting career.

In the spring of 2010, I was able to enroll in the next available German hunting course for American military members, dependents and civilian employees, required to obtain a Jagdschein (German hunting license), at the Kaiserslautern Rod and Gun Club. For 10 weeks, 2 nights a week, 3 hours a night, I learned about the hunting culture, conservation
management, rules, regulations and game available to the Jaeger including the biology of each animal. The German Jäger are very proud of their traditions and culture and are held in high regard by the public. Eight centuries of hunting this land has been honed to an efficient and time honored past time.

There are many different species of animals to hunt, most of which Americans have never heard of, or know very little about. Game is categorized into two groups known as Hochwild (big game) and Niederwild (small game). Although I started on small game as a boy, I grew into hunting big game, as I suppose most do. Here in Germany I wanted to grasp this once in a lifetime opportunity and begin pursuing the local Niederwild’s deer (the Roe Deer).

Of the local game available, the most popular tends to be the Roe deer or Rehwild. Much smaller than our Whitetail in the states, there are numerous Roe Deer which I find to be a little more skittish than the Whitetail. An adult male may reach 3 1/2 feet in length and 30 inches at the shoulder with a live weight of 35-45 pounds. Females are normally about 10% smaller.

There are no large predators left in this part of Europe, with the exception of the odd Brown Bear that may occasionally wander over from Croatia. The only naturally occurring threat to the adult Roe deer is the fox and the wild boar. There are reports that wolves are on the rise in Europe, but currently don’t have the numbers to seriously threaten the Roe deer.
Due to strict laws regarding pets, feral dogs and cats are not permitted and may be shot on site. For these reasons the Roe population and corresponding harvest tend to be the highest of all the wild game.

Hunting for Roe begins in April some sections of Germany and 1 May for others. This is shortly after most bucks have shed their velvet.  If bucks are found still in velvet by July, it is considered a genetic failure and will be shot to prevent passing along inferior genes. A healthy, mature buck in his prime will grow three points to a side and are referred to as a “sechser” with antlers reaching 8-9 inches as excellent and a buck with 11 inch antlers is considered exceptional.

Due to multiple work issues and conflicts, I was not able to hunt until the spring of 2011. I was eager to hunt though and started looking for places to hunt. Ultimately, I hunted on the
property of my Primary Hunting Instructor from my Jagdschein course. Max Butler is retired Air Force and married to a very nice German lady. I didn’t have my own rifle yet. When he invited me to hunt with him, he also loaned me an old Mauser 98 in .308 Winchester to hunt with. Other than it being right handed, it was a very nice rifle with an extremely smooth action. It was topped with a Schmidt & Bender scope.

The first evening he put me on a stand that was in an elevated box blind overlooking a right-of-way cut through the forest. No deer were seen that evening but I was entertained by a young fox and on the way out of the forest. We saw a sow Wild Boar and four of her young cross the road 20 yards in front of us in the headlights. One of which felt brave enough to run right up to within 5 yards of the vehicle and challenge us by sticking his nose up in the air. He was brave until mother called him and he turned and ran into the woods after her.

The next week when he invited me back I sat in a different stand, about 200 yards from the Autobahn. I could overlook multiple open fields where the Roe might come out. As the afternoon wore on, I watched a rabbit and a pheasant in a field about 150 yards behind me. Eventually, a fox began stalking down an open creek bed trying to catch a meal. It was fun
to watch, but I think the fox went hungry that evening as I never heard or saw any commotion from that direction.

Figure 1 “Photo” A traditional German Hochsitz (high seat or treestand) that Kyle Shaffer hunted out of on his second night out.

About an hour before dark, a Reh came out into the field about 350 yards away. I wouldn’t take the shot which would cross a walking path that many people had been on that evening. It was not worth the risk. About 15 minutes later, I glanced down the edge of the field I was sitting over and got my first close glimpse of a Roe deer. And not just any Roe deer, a big Sechser (6 point buck)! I couldn’t believe he was coming out only 100 yards from where I sat. As I got my rifle ready, I scanned the background and area behind him and saw no walkers. Watching him, he grazed a few seconds and lifted his head looking around while eating. Then he eased out into the field a few more steps.

At first I was a little nervous, “Buck” fever maybe. But as I watched him more, I felt a calm come over me. I regained my composure and began to line him up in the scope. When he was about 15 yards from the brush line, he came out and I fired! I dropped him in his tracks. The Barnes 180 grain TSX did its job superbly. After I reloaded and watched for a few seconds the excitement and the shakes began! I couldn’t believe I had my first Roe!

Figure 2 “Photo” A close up of the 6 point Roe deer buck that Kyle Shaffer harvested in Spring of 2011.

The first thing I did, was to send a text to my wife Terri in the states, as I wanted to share the moment with her. Then I called Max to tell him what happened. He said he would be there in a few minutes. I got down out of the stand and walked over to the buck that I knew was down in the 20 inch tall grass. He was even prettier and better than I thought. I paced the steps back to the stand to get the distance and my backpack. About that time Max showed up and congratulated me with traditional “Waidmannsheil” (Jäger word for Good luck & Congratulations) and I replied “Waidmannsdank” (Hunters Thanks), as he presented me with the shooters branch that I put in my hat after placing the “last bite” branch in the bucks mouth.

Figure 2 “Photo” Kyle Shaffer with his shooting branch firmly in his hat and a nice 6 point buck complete with the letzte Biß (last bite) in the deer’s mouth.

After a few photos (I couldn’t stop grinning) we field dressed him. We took him back to Max’s house to wash him out and weigh him. Field dressed he weighed 38 pounds, bigger than I expected. He was a beautiful deer, especially for a first one. I truly did have Waidmannsheil with My First Roe!

After talking to several friends and looking at photos of other Reh, I decided to have it scored by Safari Club International Master Measurer and retired Air Force Captain Bob Peterson. It
scored 40 7/8 inches and made the record book as a bronze medal buck. Not bad for a First Roe indeed. He tasted better than he scored. The meat was succulent and very tender which is why I wanted him in the first place. I’ve never been a trophy hunter, rather hunting for the experience and the meat. Making the record book was icing on the cake.

Thank you to Max for his hospitality and for introducing me to Deutsche Jagd. It wasn’t just about the kill. As Peter Hathaway Capstick said, “Getting the golf ball into the hole is the conclusion of the challenge; how one gets it there and how many strokes it takes is the challenge itself. The putt is to golf, what the shot is to hunting.” It was about learning the rich customs of hunting in Germany and the quiet evenings in the stands. Also, watching the wildlife and taking it all in is what made it more worthwhile. It brought me back to my comfort zone and once again helped me to appreciate my surroundings and the peaceful affect that hunting has on me. To be able to do that in a new country while harvesting a different species of deer was something I will never forget!