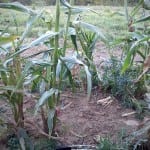 Figure 1 “Photo” Rhoda and her very first archery doe, taken with her crossbow in Pennsylvania 2014

I am a stay at home mom of three children (14, 11 & 4) who married an avid outdoorsman. I always wanted to hunt, just didn’t know where to begin. After sharing my desire with my husband Rob, we began the process of getting me outfitted.

Before the start of Spring gobbler season 2013, I purchased my first crossbow. Rob built me a ground blind and we placed it on one of the properties we tend. Target practice went great and I couldn’t wait to get out in my blind. Throughout the season, I had great experiences and not so great experiences. I was able to stalk turkeys and get within 30 yards, only to barely miss. I was also able to move into a field and come within 20 yards of a doe, only to not place a kill shot. Later we found out my crossbow had a manufactured defect that caused the trigger assembly to become loose. This defect caused my archery season to be cut short. I went out in rifle season, but wasn’t truly into it. I will be honest that with the way the entire season ended, I wasn’t so sure I was going to head back out again the following year.

Having not voiced my uncertainty, I began helping Rob prepare for the upcoming 2014 hunting season. We researched trail cameras and purchased our first one. We put mineral blocks and apples out to help capture pictures of the deer in the area. It was the neatest thing to retrieve the memory card for the first time and view all the critters that came out for their time in the spotlight. Raccoons, turkeys, does and fawns all graced the scene. It wasn’t until the second week when a nice buck, who was paired up with a smaller buck, showed up on film that my blood started racing. Another week passed and he didn’t show up again so we decided to move the cam to a different location. This time we took our children out to help with mock scrapes, setting up a food area with more apples and another mineral block, cutting smaller limbs out of the line of the camera. While we were working right in the tree line of the woods, a young doe came out into the field. She must have heard or caught our scent but she couldn’t see us. She began stomping and snorting in our direction just trying to figure out what we were. It was a wonderful experience, especially for our 4 year old daughter.

The more pictures we viewed the more excited I got for archery to begin. Still I wasn’t practicing. School began and Rob took me and our daughter on a trip to Cabela’s. Immediately I went to the archery section to browse the crossbows. My friend and fellow hunter, Greg Traynor, had been posting write ups and pictures about his TenPoint crossbow and I have to admit that I had crossbow envy. There had previously been a quick mention of purchasing a new crossbow; I had dismissed it because I already had one that was still new. I did decide to test a few models just for fun. I left outfitted with a new Wicked Ridge TenPoint Warrior HL and accessories that day. Rob explained that he felt there was negativity surrounding my previous unit and wanted to start me off fresh for the new season. Man I couldn’t wait to get home and sight it in.

Opening day of early archery, both Rob & I were able to get out so we went to the same location. We carefully walked in and figured out who would sit where. While Rob helped me put up my cloth blind a big doe came stepping out of the wood line. I felt my heart jump and I immediately whispered she was there. Rob slightly peaked over his shoulder; she snorted and took off back into the woods. We quickly finished getting my spot set and he went over to his. The same doe came back about 30 minutes later but she was at 70 yards and I had no shot. Rob also had a brief encounter with a doe and fawn but we walked out of the field empty handed.

My next opportunity to go out was Monday, second day of early archery. Rob stayed home with the kids so I could head back up to the same field. Before heading out we talked over strategy and decided that it might be best for me to sit in the corn. The viewpoint was better and there were more shooting opportunities. On my way out the door Rob simply said “Do something you’ve never done before – kill a deer.” I gave him a big smile and told him I would do my best, God willing. While driving out to the field I prayed thanking God for the opportunity to enjoy His creation and thanking him for however the evening turned out.

Figure 2 “Photo” Rhoda’s set up in the corn, it’s not always necessary to be in a blind or tree stand.

Once I got parked and geared up, I began the hike up to the corn field. I picked out a spot that I thought would work best – a little off of where Rob and I discussed. I was only four rows in and the stalks in front were broken from the deer feeding. Once I was settled in it was a waiting game. The first 45 minutes were uneventful with no sign of deer until a nice 6 point came in from my right. He was grazing and moving about all while I watched. It was really awesome that I felt so in the open and yet that buck never spotted me. After that the field turned into a hotbed of activity. There was a small 4 point who passed by and another 6 point who was smaller than the first. Inside I was chuckling because it seemed like the “boys” were teasing me since I wasn’t able to harvest one. Then over a little knoll to my left came some doe.

The first one that came into range had her head down eating and I made the typical mistake of being overly excited. I didn’t rush my shot I simply didn’t wait to see how mature of a doe it was. She came up and was a perfect broadside angle at 30 yards so I took the shot. I watched my lighted nock fly through and hit where I aimed! I literally held my breath wondering if this deer was going to take off running and how far it would get. To my delight and surprise, she walked 10 feet back towards the woods and just stood there wobbling. That was when I noticed she was only a yearling. The other two doe that were out there were snorting and stomping, trying to figure out where the threat came from. I sat as still as a statue until I watched her just fall to the ground. I knew she expired and immediately sent Rob a text. The other two sniffed around but eventually took off back into the woods. I waited a little while longer before going over and tagging the yearling.

Since Rob was going to come out I went back to my sitting spot and waited. That was when a big 10 point came strutting through. I picked my phone up to get a couple pictures of him and just as I thought he was coming to the spot where I shot the yearling, I readied my camera and took a picture of a huge, mature doe. I thought for a moment and decided to grab my crossbow. I knew if she gave me a proper shot, I was going to take it. No sooner I picked my bow up than she turned to the same angle. I took my shot and lost sight of the nock. She immediately took off running back into the woods. I sat feeling a little nervous until I heard the first crash. So I sent Rob another text about the second deer. He dropped the kids off at his parents and headed over.

We first walked over to the place I shot them so I could show him while explaining everything. There was no blood trail for the first deer; thankfully it was in the open right where I saw it fall. It was a perfect shot placement and my broadhead did its job. The light was quickly disappearing so after field dressing and dragging the first deer up the field we went back to see if we could pick up a blood trail for the second. Sure enough there was a great trail that we followed down into the woods about 20 yards. We got her dressed and it took both of us to drag her out and into the field.

Being able to harvest two deer and seeing the joy on my husband & children’s faces was priceless. Now off to get a big buck!