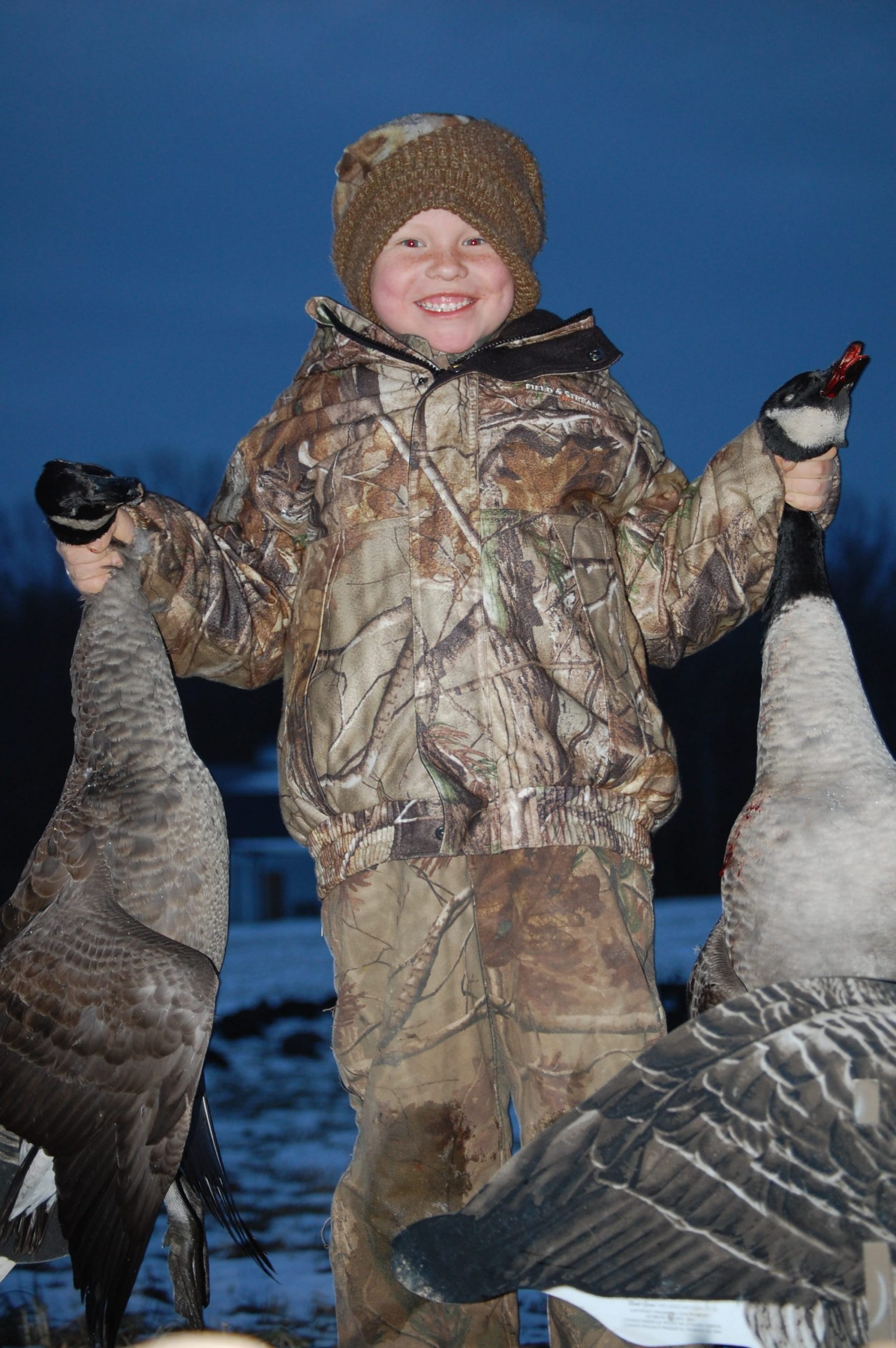 While growing up in Central NY, near Syracuse, in a small town called Elbridge, there was nothing to do except go to school, play sports and oh yeah hunt. And hunt we did! There was a set of railroad tracks right next to my house. They were about one hundred fifty yards down the road leading directly past our house. We didn’t have neighbors to speak of and we were able to walk the roads and trails at a very young age. As young teenagers we always had our shot guns with us and pockets filled with shotgun shells. Most of my friends and I were all sons of farmers. Together we had thousands of acres to hunt at will. In those days we didn’t have to deal with posted signs. It was ok to wander almost anywhere you wanted. We were the kings of the woods.

Some of my most fond memories of childhood were walking down the railroad tracks to the small ponds that were dammed up from the beavers and jump shooting ducks that were attracted to the open water. I would get my hunting clothes on and grab my Ithaca M-66 breach load single shot 20 gauge and head to the ponds. I did not know the importance of a good dog yet or any real techniques of spotting and stalking game and my success rate proved it.

Through the years my Dad started taking me bird hunting either for ducks or pheasants. That was his favorite type of hunting. He was always partial to pointers especially English Setters. He loved to duck hunt and now looking back I am not sure why he didn’t have a Labrador retriever. The setters were great dogs, but we were not able to take them in the winter to
retrieve ducks and geese over open water. Their coats could not protect them from the cold harsh water. As time went on, we hunted more and more together, making memories that would last a life time. My Dad always made the time to take me to the range or on a hunt.

A few years ago, I was fortunate enough to have a son of my own. We named him Jack after his grandfather. We were stationed in Southern California at the time and we were able to duck hunt right on the base where we lived. When Jack was nine months old he made his first trip to the duck blind. I would put him in a back pack designed to carry him and brought him to the duck blind with me. I never took a shot while he was
with me for obvious reasons, but we would sit there and hang out blowing duck calls and just watching the birds land. Many times, I remember thinking why won’t the birds respond like this when I have a gun. I’m convinced they knew. That first season Jack went out with me a few more times. Even at that very young age, you could see he loved going outside with me and just hanging out. I told myself, “This is what it is all about!”

That summer he was walking very well and started to work with me and our pointing Lab Gracie. He would help me on the football field near the house, carrying the retrieving dummies and little stuff like that. Jack was very excited to get in the blinds. He was already developing a love for the sport. He even helped on the blind construction, as much as an almost two year old could. That kid was motivated from day one.

This type of activity went on for two more years in and out of duck seasons. My Dad would fly out to California, from New York, to be with us on opening day annually. It would be my father, little Jack and me sitting in the blind. In February of 2009, my Dad passed away at the age of 57. It felt as though my desire to duck hunt went with him. That year I never even bought a duck stamp for the first time in God knows how many years. Nor did I do any off season training with my dog. Looking back now, it was pretty selfish of me to be acting this way when I was given the opportunity to take my son hunting as my Dad took me. Shortly after my father’s death, I was transferred to New Jersey.

I am a very fortunate man and have been blessed with great friends and an even better son. Duck season was opening soon and all of my friends were asking me to go duck hunting, then goose hunting, then pheasant hunting, right down the line. They even came to the house to clean all my decoys and make sure the lines were untangled, mesh bags were sewn up, and the calls were tuned. One even mailed me a federal stamp. I had every excuse except the truth as to why I didn’t want to go. That season came and went and along with it, lost opportunities that we will never get back.

One of my good friends Arron, a Baptist pastor, came to the house and tried getting me to join him on the last duck hunt of the year. Again, I was to “busy” and not able to make it. However, that season my decoys, waders, duck calls, and a few boxes of steel went with some of my friends. My son Jack must have over heard the conversation. Later that night at the dinner table he asked me why I didn’t want to go duck hunting with him. He really thought I didn’t want to go with him. That was the farthest thing from the truth. I had to explain it to him and from then on it was clear, I needed to take my son back in the field.

Jack is six years old today and he has taken me hunting several times this year. We had a great 2010-2011 season. It was by far the best season I have ever had. We were able to harvest well into the triple digits for ducks and close to 50 geese in New Jersey alone. That six year old boy got me back into the hunt when no one else could!

This season Jack and I were able to drive to Maryland for a goose hunt together. During this hunt Jack was shooting his BB gun at the geese that were dumping into the pit blind along with us and our shotguns. After one of the passes, when the sound of the shotguns shooting ended, Jack firmly claimed that he had shot his first goose with his Daisy Red Rider BB gun. He was, and still is, convinced that he is the one who shot one of the geese that day. Who are we to tell him different? Any good waterfowl hunter knows all it takes is one golden BB to drop the bird.

Figure 1 “Photo” Jack MacCallum with 2 of the geese harvested during the December 2010 Maryland goose hunt. He has the smile of a boy that has just harvested his first goose with his father watching (The Golden BB).

It is amazing the things we learn from our kids. One would think it is the parents that are always supposed to teach the life lessons to the children. I am fortunate enough to have great family and friends to share the passion of waterfowl hunting with. It is more than just going out shooting ducks and chasing pheasants. Every time you walk into the field it is a time for you to remember the past, present, and the future. I will always make the time for the important things in life, like taking my son bird hunting.