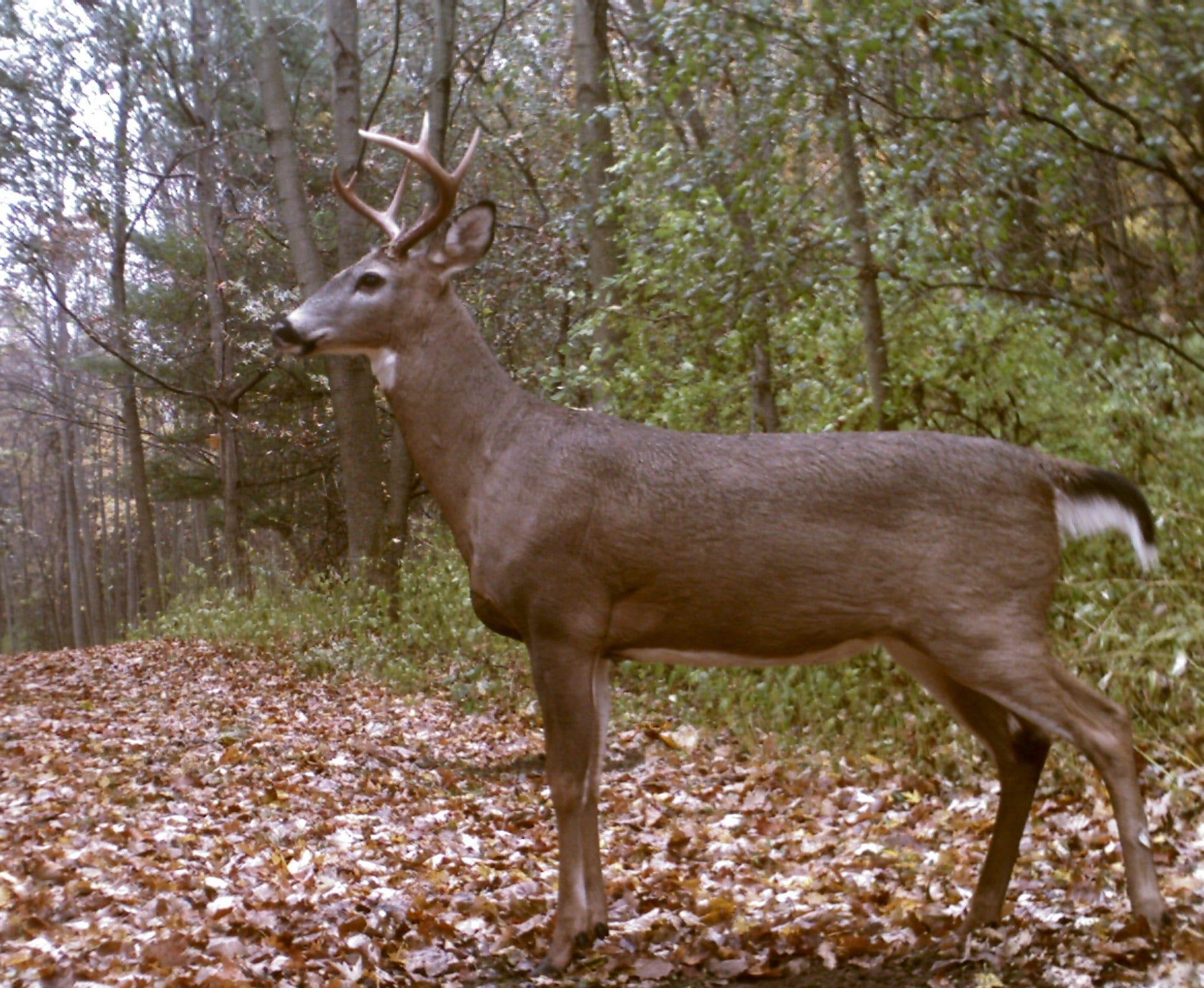 Adults will be reddish-brown or tan in the summer. Greyish-brown in the winter. White hair on its belly and the front side of its neck. White inside its ears, and around its nose and eyes. And of course, white on the underside of its tail. Fawns will have white spots on a reddish-brown coat, providing it with excellent camouflage for the first three months of their life.

Bucks will have antlers that are shed and regrown yearly. Antlers will vary in size due to genetics, nutrition, and age of the animal. Antler size is the sign of a trophy whitetail and are prized possessions of hunters.

Shotguns: 12, 16 and 20 gauge shotguns are used in areas that limit the use of a rifle. Shotguns that feature a rifled barrel in combination with a Sabot slug are the best for accuracy up to 100 meters.